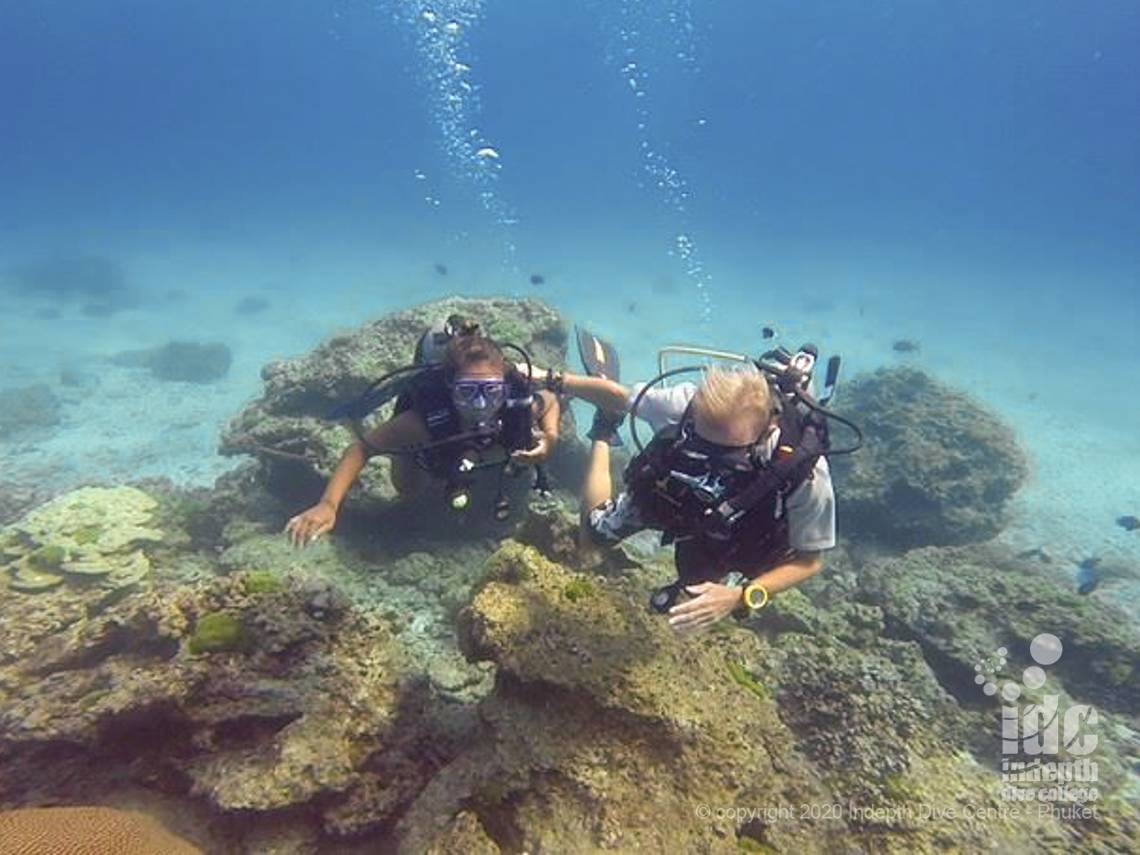 Hin Bida, or "Bida Rock" in Thai, is located 10 km South of the Phi Phi Islands Group, and takes just over 2 hours to reach. This gives you have plenty of time to have breakfast and relax on the boat before the dive. In addition to getting to know your dive buddies and PADI Instructor or Divemaster for the day.

Hin Bida is a submerged Reef in the middle of the ocean and during low tide the top of the reef can often be seen breaking the surface. Due to its location, currents can be pretty strong, however but it’s a very good location to spot Blacktip Sharks. They like the shallow areas and Leopard Sharks can also be found resting on the sandy bottom. Thus this makes this a fantastic dive for Shark enthusiasts, with shark sightings on almost every dive.

The submerged rocky pinnacle is surrounded by Hard Corals and granite channels. There are plenty of soft yellow corals and anemones on the South side where you can see Anemone fish, anemone Crabs, Cuttlefish, Octopus, Moray Eels and large schools of Snappers. It is a fairly shallow site that ranges between 6m at the top of the reef and slopes gently down to a sandy area all the way around the outside of the reef around 2m.

Consequently this means this dive site is a perfect dive for all levels of diver ...

What is the best way to dive Hin Bida dive site in Phi Phi?

The best way to dive Hin Bida is to start from the middle of the reef where it breaks the surface. Make your initial descent at Hin Bida here and then move down to the shallow gullies that are carved into the rock. Straight away you will be impressed by the number of soft corals and their colourful hues. This contrasts with the deep blue of the surrounding Andaman Sea. It’s in these shallow waters that you may get your first glimpse of a juvenile Blacktip Shark. Or if you are lucky, a rare Zebra Striped Moray Eel.

From here its best to swim North until you reach the top of the reef. This is shaped like a splayed three fingered hand. From here follow the slope of the reef down towards the sea bed. While looking out for the Harlequin Shrimps, Sweet Lips and Pharaoh Cuttlefish that live around the dive site.

At the sandy sea bed follow the contour of the rock formation around the East side. Don’t forget to keep looking frequently out towards the sand. You never know when you will spot a sleeping Leopard shark or two. If you’ve not seen one yet don’t worry, there is still plenty to keep you occupied. There are large schools of colourful reef-fish, including Blue-lined Snappers, Butterfly and Parrotfish, Scorpion Fish and Cardinal Fish to keep you entertained.

Eventually as you approach the first of the fingers at the Southern part of the reef. This is where you can see a field of Staghorn Coral that looks like it goes on forever. However, make sure you have a compass or you might not find your way back to the main reef again.

Not surprisingly underwater photographers will never run out of subjects here.

The three fingers of the rock formation make large gullies running from the North to South. It is in these gullies that the Leopard sharks are usually found.

If you come across a Leopard Shark resting on the sand, relax. Moreover, if you wish to take photos, that’s cool, however you need to go slowly. When diving with Leopard sharks it’s always best to approach the shark from the front, slowly and carefully. If you do this then provided you don’t get too close, Leopard Shark will stay put and pose for your underwater “Leopard Shark Selfie”. Do not approach Leopard Sharks from above or from behind. If you so this the Leopard Shark will feel threatened and will vanish into the distance.

Rebreather divers have a much better chance of getting that Leopard Shark Selfie. This is because they don't have any bubbles. As such they are silent and the sharks don’t react the same as they would with noisy open circuit divers. And with up to 3 hours dive time, rebreather divers have more than enough time to take all the photographs they could want to take.

Once you have had your fill of sharks or if it’s getting close to the end of the dive time, you can head back. The best way is up the West side of the rock, slowly ascending until you are swimming in the shallows.

From here you can continue to enjoy the Feather stars, Plume Worms and Brittle stars that are found here in huge numbers feeding on the plankton caught up in the current ... 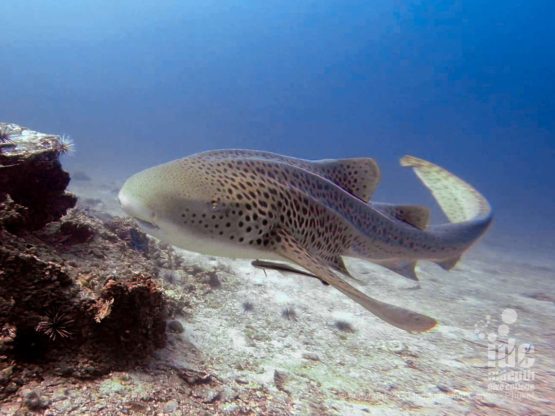 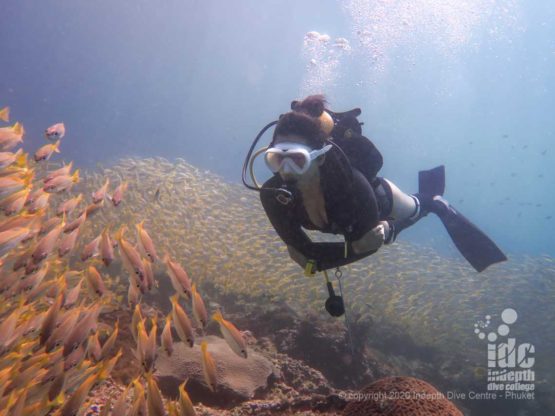 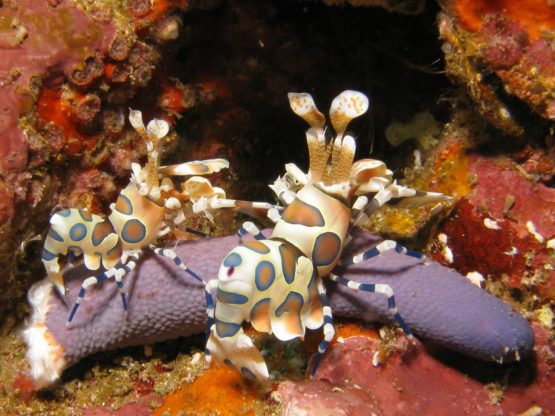 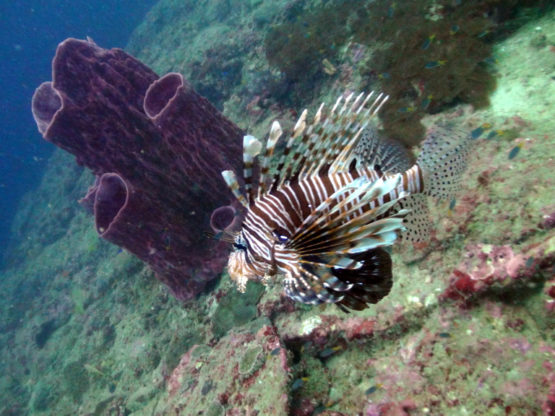 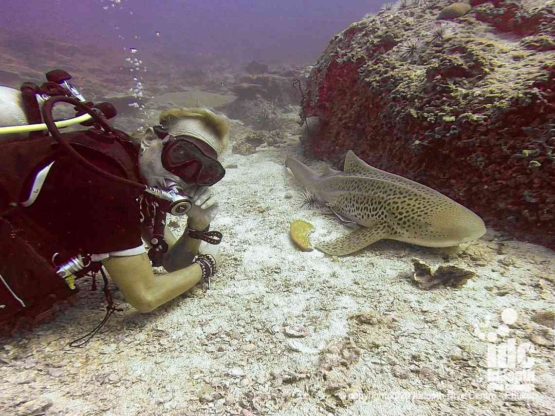 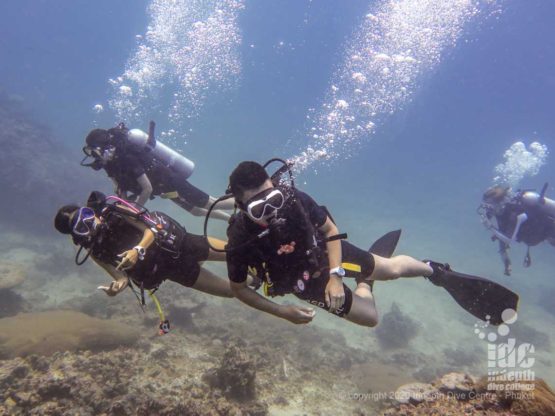 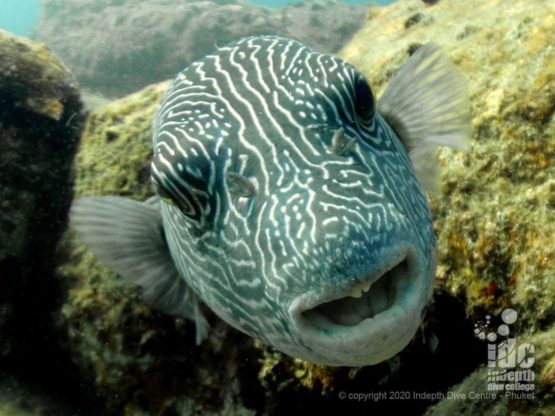 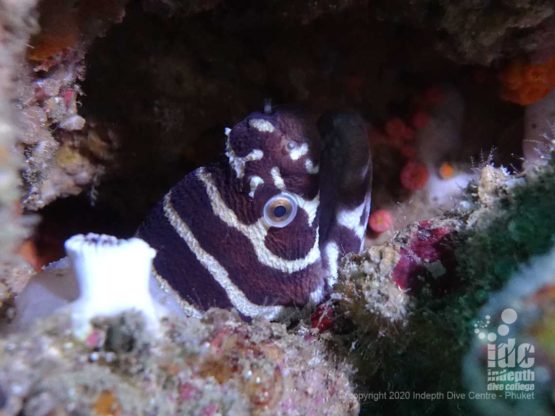 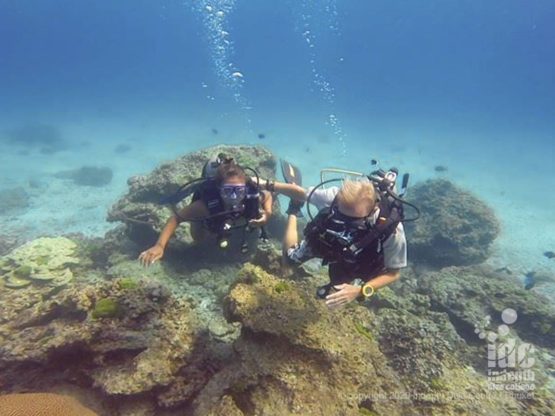